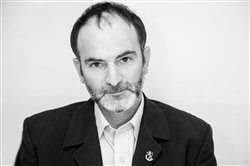 Co-founder and co-owner of Jnnovation, Ltd.

An Israeli Jewish expert in Jewish-Christian relations, with over ten years’ experience in the field.

Amit Barak has a BA with honors in history from the Open University and an MA in Jewish history from Hebrew University Jerusalem. He is an Israeli licensed Tour Guide graduated the School of Tourism in University of Haifa. As one of the founders and the CEO of the Nazareth based Israeli Christians Recruitment Forum - Christian Empowerment Council, Barak, together with the Greek Orthodox Father Gabriel Nadaf, former head of the Council, integrated Arabic-Speaking Christians, Arameans, into the Israel Defense Forces (IDF) and into the Israeli society. In Jerusalem, Barak co-founded the Jerusalemite Initiative that integrates Jerusalem’s Arabic-speaking Christians into Israeli society. Barak initiates and leads missions around the world to Churches, Christian and Jewish communities and to parliaments. He lectures internationally. Barak served in the IDF and Border Police with distinction. He is an active reservist in the IDF.