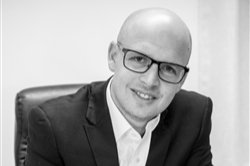 Co-founder and Co-Owner of Jnnovation, Ltd.

An Israeli Jew, Media and marketing expert with over ten years experience in the field.

Amotz Eyal has a BA in political science from the Open University and an MBA from Ariel University. Amotz founded the Israeli news agency TPS which distributes news to media outlets around the world. The agency has business relationships with Christian media outlets on four continents. Amotz lectures on media at the IDC University in Herzliya. In 2003, he won the Moskowitz Prize for new Zionist initiatives. Served in the IDF as a combat soldier in an elite unit, and continued to serve in reserve rangers unit.